The SACBC’s “Early Detection of TB” program has been implemented in two sites in Swaziland (Good Shepherd Siteki and Regina Mundi Piggs Peak) since August 2013. In these few months the two sites managed to place themselves in positions three and four out of a total of 16 implementation sites, in terms of reaching target numbers. Swaziland has the world’s highest prevalence of both HIV and TB. This is reflected in monthly statistics: in the 14 South African project implementation sites, no more than 20% of community members screened for TB show TB symptoms. These are referred to their nearest clinic for a sputum test. Once again, no more than 20% of those undergoing sputum tests are TB positive, and are then initiated on TB treatment. In Swaziland however, at least three-quarters of those screened show TB symptoms. Of those showing TB symptoms, at least two-thirds test sputum – positive for TB.

SACBC visited Siteki and Piggs Peak in May 2014. Socio-economic conditions in both places are appalling. Patients with TB and /or HIV have no social security, no nutrition and no proper sanitation. 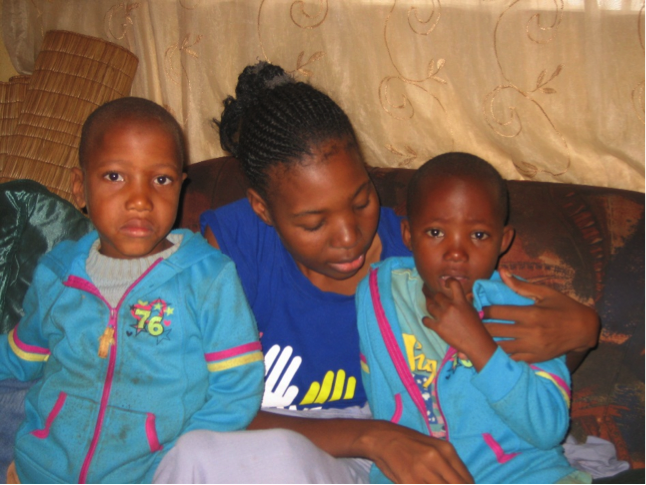 Pictured above, Patsisiwe Vilakazi lives near Siteki. She was found by the community health worker in the SACBC program to have TB, and has been on TB treatment since October 2014. She lives with her twins. Suffering from peripheral neuropathy so severe that she cannot walk, she accepts her plight – there is no pharmacy and no pain medication in the area where she lives.

Topi Tsabedze (pictured above with a community member and her caregiver) lost her leg in a car accident. She also was found by the project to have TB, and is on TB treatment. Lively and energetic, she is eager to work – she dreams of breeding chickens. But with no source of income, she cannot afford the basics necessary to start such an enterprise.
Poverty appears to be even worse in Piggs Peak than in Siteki. But the Parish Priest – Father Mandla Makama – is a visionary, who has many good ideas to uplift the local community, and unlimited energy. He anecdotally confirms the success of the “Early Detection of TB” program – in the past he conducted an average of 17 funerals over a six-month period – almost all deaths due to HIV/AIDS and TB. Since the program began in August last year, he has been conducting an average of three funerals over a six-month period. 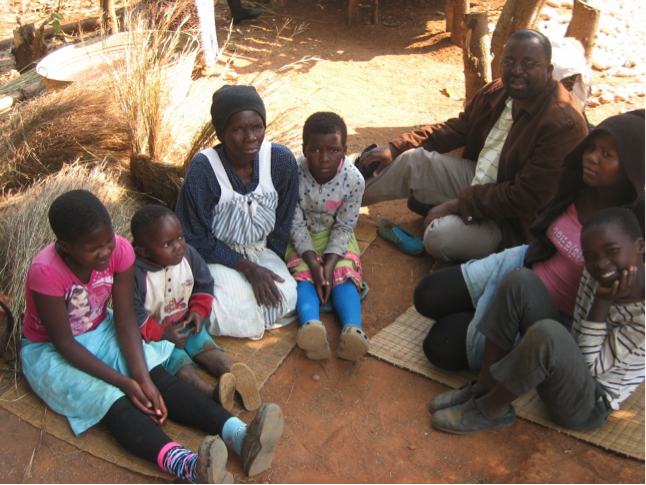 Mrs Mthembu is an elderly woman living in Nsangwini Village, near Piggs Peak. She nursed her two daughters when they were dying of AIDS. Not trained in infection control, she became infected as a result of contact with her daughters’ body fluids. She is now HIV positive, TB positive, on antiretroviral medication, on TB medication and looking after her six orphaned grandchildren, with no source of income. Her maize crop failed this year – she produced a hand full of mealies, barely sufficient to provide seed for the next planting season. She appears on the picture above with Fr Makama and five of her orphaned grandchildren, and on the picture below with five grandchildren, in front of their hut. None of the children are able to attend school, because they do not have the “top up” school fees required by the Swazi government. 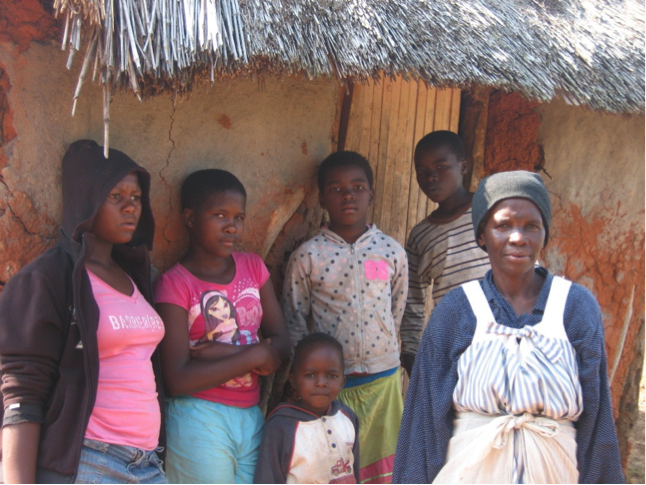 Mrs Dlamini (pictured below with Fr Makama and her two surviving daughters) lost two of her four daughters to HIV/AIDS. She is now looking after her four orphaned grandchildren (appearing in the bottom picture). She is living in a mud-and-stick shelter since her house collapsed during a storm. Clearly suffering from depression, she is also on TB treatment. 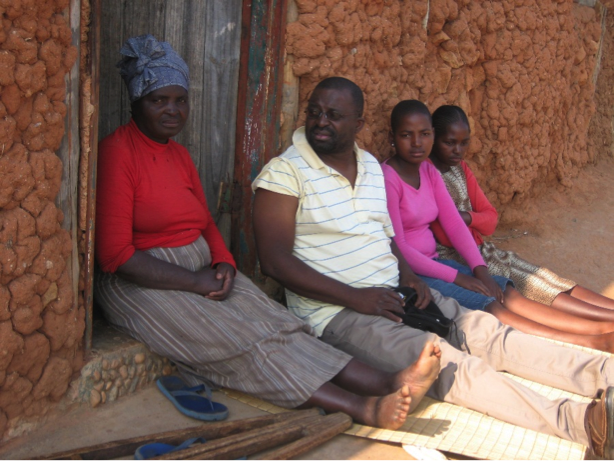