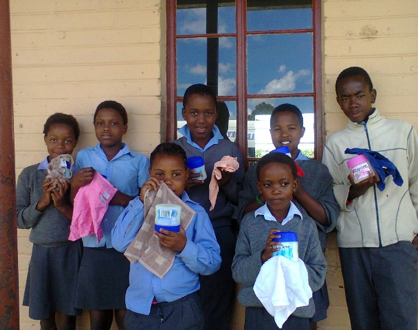 St Elizabeth’s, Reitz, Diocese of Bethlehem, reports on some of the TB education in the OVC programme

We discussed HIV and TB with the OVC. TB is a high risk factor with regard to HIV. TB is a common and often deadly infectious disease. It usually attacks lungs, but can also affect other parts of the body,  bones and joints and the central nervous system. And TB is most common in developing countries. It can be spread by an infected person who coughs, sneezes or spits the bacterium containing the fluid which is then breathed in by persons close-by. Children understand that is import for them to educate others and their families,  especially the ones who live with HIV,  that is very important to be screened for TB which attacks the immune system.  And people who live with HIV need to be protected anyhow by opening the window in their house for the fresh air to come in.  They need to  educate others to cover their coughs, not to spit everywhere and to wash their hands after they have touched anything.